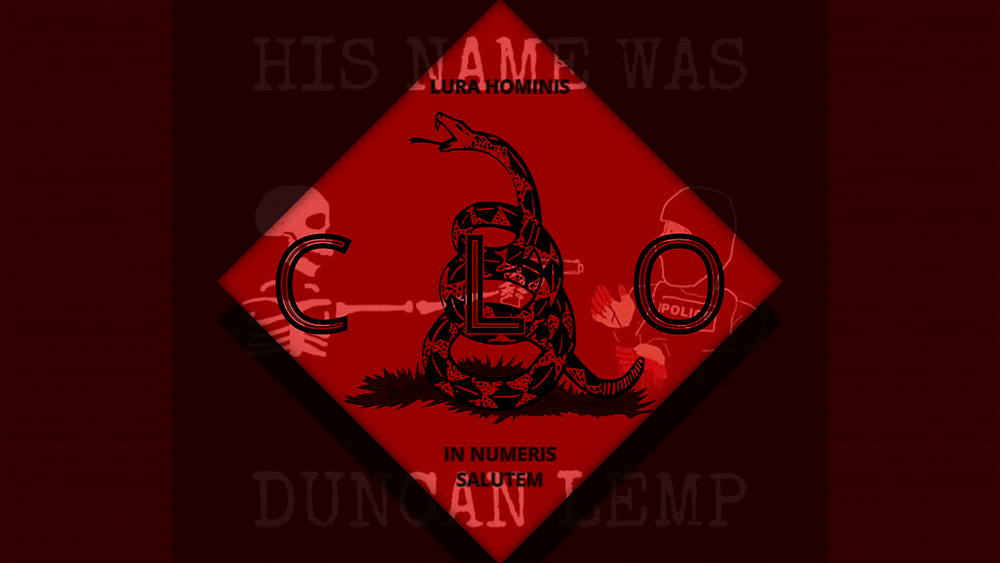 Last year the Boogaloo movement provided an ominous taste of one possible future for America. As it struggled to find its identity, new social communities formed online. One of them, Citizen’s Liberty Organization (CLO), contained over 2000 members–all dedicated in varying degrees to the idea of overthrowing the federal government. Today, LCRW can release material which until now had only been available to a few antifascist researchers: the entire database of their Discord server.

You can also download a zip of the .json files of the chat.

To understand the weird, dangerous and sometimes incoherent communities like CLO, it helps to talk a little bit about the people who joined and tried to push the movement forward. Boogaloo boys didn’t have a coherent political platform. Much of their discourse was just a veneer for accelerationism–the belief that social collapse was inevitable and the best hope for survival might be to give it a push. ‘Boogaloo’ if you didn’t know, is a militia slang term for a second American civil war.

WHO ARE THE BOOGALOO BOYS?

In November 2019, 28-year-old Army vet Alexander Booth began posting drunken Instagram stories about his hours-long standoff with local police. They were coming, he said, to

‘red flag’ him – to seize his guns on the grounds that he might be a danger to himself or others, using laws passed as a reaction to a years-long string of mass shootings.

Booth, aka “whiskey_warrior_556” posted drunken video after drunken video while squad cars lurked outside his house and he holed up in the attic in a plate carrier, begging for help from his online militia friends. And help him they did. Followers spammed police phone lines. Militiamen online whipped themselves into a fervor, talking each other up about driving out with their guns and body armor and having a showdown with the cops. Prominent gun rights advocates gave their support. Booth said that “there will be blood” unless the police negotiator would promise that he wouldn’t be charged. He and his wannabe soldier supporters thought they might “kick off the boog.”

But Booth was full of shit. He wasn’t subject to red flag laws. Cops wanted to take him in for allegedly stalking his ex-wife and coming to her home with a knife. After seven hours, he surrendered to the police.

Booth’s tactics weren’t exactly new. People like Cliven Bundy already had armed standoffs with law enforcement over mostly-fabricated grievances and manufactured conflicts. Booth had figured out how to romanticize armed conflict with the kind of enemy the Boogaloo crowd wanted to fight. But if you’re going to fight, you either need to win like Cliven Bundy eventually did in court, or you need to become a martyr. Booth failed at both, and his fans lapsed back into a familiar disappointment. But within months, that would change.

By libertarian standards, 21-year-old Duncan Lemp had it all: a girlfriend, a cool gun collection, and a burgeoning career building websites for militia and trading cryptocurrency. A lifestyle of shooting, coding and partying brought him a growing fanbase on Instagram and TikTok. That came to a bloody end in the wee hours of a March 2020 morning when police killed Lemp in a no-knock raid.

Lemp’s family claims he was sleeping next to his girlfriend when they shot him. Police say he had a booby-trapped shotgun shell by his door and he was holding a rifle. They also claim he had illegal weapons and was manufacturing 3d-printed guns. In the eyes of the Boog Boys, the government had come to Lemp’s home and murdered him for exercising his constitutional rights. Rumors quickly began to circulate that Lemp had been building a fully encrypted social network and that the federal government had stepped in to stop him.

His death electrified the Boogaloo movement. Previously confined mostly to “collapsitarian” chat rooms, suddenly men with guns began gathering publicly in small groups to mourn his death and articulate their fears of an overbearing government, indifferent to human life. Though overshadowed soon after by public outrage at the deaths of Ahmaud Arbery and Breonna Taylor, the transition from screen to street brought many Boogaloo boys face to face for the first time, forging a sense of community that had not existed among militia movements since the death of Randy Weaver in the 1990s. As COVID-19 seemed to rolling the world off a precipice, the Boogaloo Boys had finally found something worth fighting for.

Lemp left a legacy the Boogaloo movement didn’t want to address. Boogaloo Boys claim not to be racist and against pedophilia, but Lemp followed obscure neo-Nazi accounts online (including one called ‘CEO of Racism 1488’) as well as over a dozen underage girls dancing on Tik Tok, the youngest of whom LCRW found was in sixth grade. Lemp worked with a militia movement called ‘the State of Appalachia’ which he described as “the tip of the balkanization spear!” He wanted to see the U.S. crumble. State of Appalachia, like many boogaloo boys, fetishized the white settler apartheid state of Rhodesia.

Lemp died heroically in the movement’s eyes, but others were considered embarrassments for trying to ‘kick off the boog’ too early. One such embarrassment was Steven Carillo–a boogaloo boy who went on a spree, shooting a federal security officer in Oakland while using the uprising in the wake of George Floyd’s murder as cover. Boogaloo Boys had shown up to Black Lives Matter protests before. They pretended to support BLM on the face of it while provoking police and fantasizing about waiting for live rounds to be used on the crowds so they could retaliate. One Boogaloo Boys internal public relations document circulated in CLO read, “remember­–they think this movement is about black lives.”

But Carillo had thrown even those flimsy attempts to the wind. He shot a law enforcement officer and texted his Boog Boy buddies, acting like he was playing a video game. He was, in his words, “in hide mode” until sheriffs found him in Santa Cruz County. He killed one deputy and seriously injured another with a homemade bomb and his gun before being taken in alive. Boogaloo Boys would spend the rest of the movement’s life saying he wasn’t really one of them. But he was and he did what most of them wanted to do.

WHAT DID THEY TALK ABOUT ON CLO?

CLO was a place where many shared the horrid misogyny of Alexander Booth, the society-collapsing aspirations and 3D-printed gun obsessions as Duncan Lemp, and Stephen Carillo’s longing for the orgiastic release of battle. Together they plotted and prepared to do violence while painting a thin yet sophisticated veneer of political viability and respectability.

Some extremism scholars like JJ MacNab insisted that the Boogaloo Boys weren’t an overall racist movement, citing oft-repeated phrases like “racism is not cash money” but often missing the subtextual implications of white victimhood.

After one CLO user shared a photo of white people washing black peoples’ feet at a protest in a biblical homage. Another replied “I can watch people fucking explode but that shit is why i hate white people.” This made user ‘Bender’ upset: “[R]egardless of whether or not you’re white, you need to understand that’s just as racist as someone looking at a video of a black person doing something bad and going ‘this is why i hate black people,’" Bender replied, adding, “in conclusion, racism is not cash money.”

But CLO wasn’t just full of casual racism or philosophical contortions. There were full-on neo-Confederates in chat who posted memes from KKK rebrand and Unite the Right attendees Identity Dixie.

The Boogaloo Boys didn’t just make stupid racist jokes and share accelerationist propaganda in CLO. They were planning an insurrection. There were chats for members to coordinate in almost every state, as well as regional coordination hubs. There was a channel for trauma medicine and one for how-to’s and information on radio comms. There was a ‘buy, sell, trade’ channel where they put firearms up for exchange. There was even one specifically dedicated to any extremist movement’s biggest necessity: public relations. Perhaps most dangerous, one channel had bulletins about red flag laws–and the need for quick response forces for standoffs with law enforcement.

The Boogaloo Boys viewed civil war as inevitable, and CLO provides a fascinating snapshot of their efforts to prepare, and their hopes and fears about how empire might burn. With the events of January 6, the fire may have been lit in earnest.