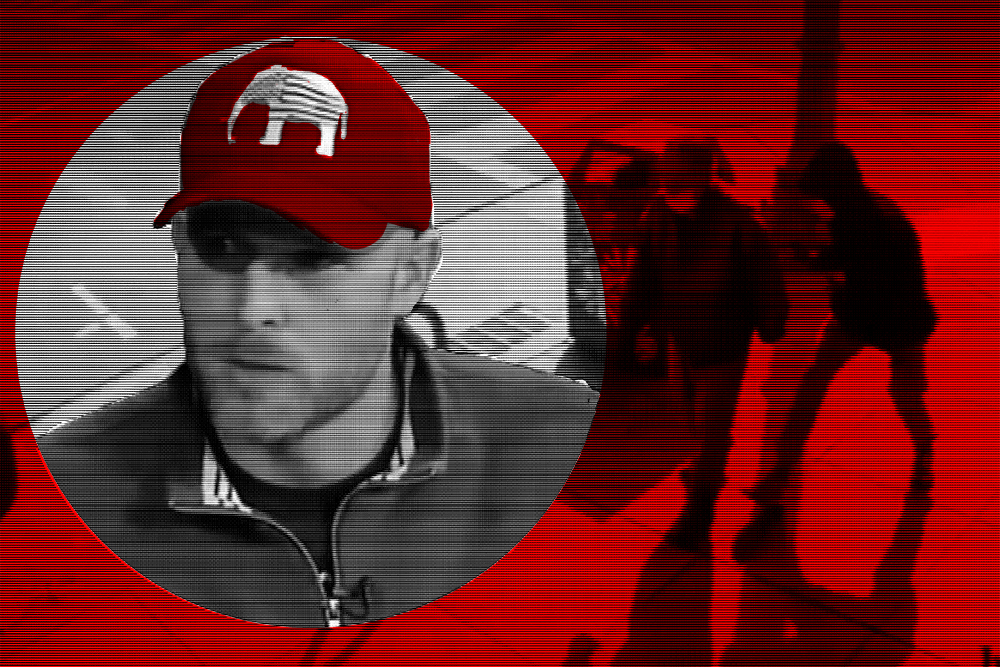 EDITOR'S NOTE : Michelle Snider is an Oakland-based journalist. She writes for and edits The Panther Times and her portfolio can be found here. You can support her work on Patreon and through Paypal and Cashapp at $classic8media.

They stole plants from an Oakland Chinatown shop, then almost ran over workers while taking off in VolvoXC90 they’d parked on sidewalk. Chinatown leaders say this is part of crime spree in recent weeks that has raised concerns. @oaklandpoliceca on the case pic.twitter.com/lxlHYTw4L6

In another attack, a video of a 91-year-old man being pushed circulated on news and social media. Actors Daniel Dae Kim and Daniel Wu offered a $25K reward to find who shoved the man to the ground. The suspect was recently apprehended.

OPD thanks our community for providing info that led to a person of interest in this case.

Investigators determined this person has been in custody since Feb 1 on unrelated case. Investigators are working hard to forward this case to the DA's office for review and charging. https://t.co/qlcb7OvMCd

By Feb. 3, business leaders in Oakland’s Chinatown called a press conference. Chinatown’s Chamber of Commerce President Carl Chan described many instances in which Asian people in the area, including the elderly, are being targeted for robberies and attacks. In one case an attacker wearing body armor followed a woman and tried to shoot her in the head with a flare gun.. In another incident, Chan described a family being tied up. Chan said the family was told, “I know you Asians have money, you better give us the money. You are being targeted because you are Asian.”

“I apologize to you, council member Bas, but I also have to set the record straight. I’m very pleased to hear from both you. I’m very pleased to hear from council member Nikki Bas and council member Rebecca Kaplan that they support these additional resources that the Chinatown community has asked for today. But I have not forgotten that this last summer they brought a proposal to cut 25 million dollars from the Oakland Police Department as a political statement, not because of operational or financial need,” Schaaf said.

When asked, Schaaf said she is not restoring walking patrols, saying foot traffic is down due to the pandemic. She did not specify how police resources would be used to resolve the security threat the Chinatown community faces.

Later that night Bas went live on Facebook and responded, calling Schaaf’s statements “false information,” stating that the City Administrator was responsible for the budget cuts that removed foot patrols from the Chinatown community. She added that the City Administrator answers directly to the Mayor and Schaaf could restore those foot patrols could be restored any time. Bas also remarked that the rise in crimes is directly tied to the economic hardships caused by the pandemic. Schaaf, OPD nor any of the news outlets have made any reference to the effects of the pandemic in their reports.

WHO IS VINCENT JAMES?

Vincent James O’Connor, also known as Vincent James or Vincent James Foxx of Red Elephants came onto the alt-right scene in November 2016 with his ‘Red Elephants’ media brand. White nationalists like Kyle Chapman and Anthime Joseph “Tim” Gionet aka Baked Alaska would regularly boost his content, gaining James traction and followers. Chapman became a major figure in the fascist street gang the Proud Boys after breaking a closet pole over an antifascist’s head in Berkeley. Gionet, an ex-Buzzfeed employee and live-streamer would later be a major figure, along with James, in the America First/Groyper movement. During 2017 the three were often seen at the same street brawls in Berkeley and elsewhere, James propagandizing Chapman and groups like the neo-Nazi Rise Above Movement via The Red Elephants. PBS Frontline’s Documentary “Documenting Hate” showed how these rallies were training grounds for white nationalists for the deadly Unite the Right Rally in Charlottesville, VA on Aug. 12, 2017. James has also been seen shaking hands with Robert Rundo who was later arrested for his involvement at UTR.

James has a history of weaponizing his audience against the people his propaganda vilifies. Using footage filmed by a journalism student, James posted a story on Dec. 22 2017 about a professor, with the headline “DVC Professor Calls for Violent Overthrow Of ‘White Supremacist’ America,” according to Reveal.org. Political science professor Albert Ponce of Diablo Valley College of Pleasant Hill, CA told Reveal he had to prevent his daughter from touching the mail his household received due to the number of threats that were sent to his home

James has met with famous racist Ann Coulter and is now an influential figure in the ‘America First/Groyper’ movement led by Nick Fuentes. The Groypers are essentially the alt-right repackaged after it lost mainstream credibility in the aftermath of 2017’s deadly Unite the Right rally.

By Nov. 18, 2020, Media Matters reported Red Elephants was used to cite election fraud by Trump’s campaign senior legal adviser Jenna Ellis, Fox Nation host Lara Logan, and newly elected Republican Congressmemeber Pete Sessions. Vincent James was also involved in the “Stop the Steal” campaign leading to the resurrection on Jan. 6. He posted many pictures and videos of himself on his Telegram at rallies prior to the attempted coup as well as the day of.

THREAD: 1/ Vincent James Foxx (lower left), who hosts the white nationalist podcast "Red Elephants," is mentioned by Stephen Baker aka "Ignoramus" in his livestream from the Capitol insurrection. Baker told his followers: "Red Elephant is right at the door." #CapitolRiots pic.twitter.com/wLzZ3RmYUS

On February 4th, James shared the video of the elder man in Chinatown being shoved to the ground.

“Another Chinatown attack this time in Oakland. Once again, you won’t hear about this because the perpetrator is not the right race - Just like on Monday in San Francisco,” James wrote. James’s insinuation is a common white nationalist trope: that because the attacker wasn’t white and appears to be black, liberal media won’t talk about it because liberal media is biased against white people and excuses black violence.

James again put the focus on Oakland Feb. 7, reposting a video of an Asian man referencing an elder man who was killed by being violently pushed down in San Francisco. The man in the video says, “people who attack us see us as the same fucking thing, so we all need to band together.” The man in the video continues, saying all Asians have to go to the politicians, London Breed of San Francisco and Chesa Boudin, because, he says, their policies have criminals coming back on the streets.

James remarks in his post, “When the Asian began to hate…You wouldn’t get away with this video as a white person on TikTok.”

James published an “article” Feb 8. on the Red Elephants website with the headline, “Media is Silent on Attacks Against Asians, Because They’re Mostly Committed by Black Males.” On Feb. 12 he published a video entitled, “Media Blames Trump and ‘White Supremacy’ for Attacks Against Asians Perpetrated by Black People.” Propaganda by white nationalist and right wing conspiracy theory outlets like The Red Elephants are often mainstreamed through right wing media, though it remains to be seen if James’s latest narrative will be echoed by bigger platforms.