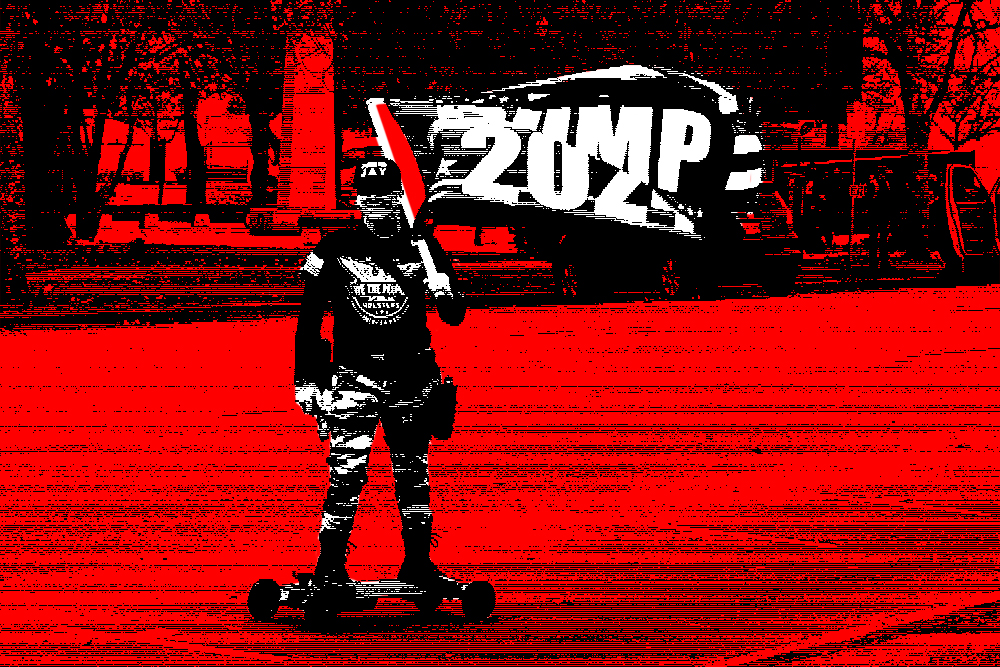 Well-known Clark County resident Timothy Clayton Ryerson appeared in Superior Court Monday by video from the County jail. He was arrested April 2, 2021 for inappropriately filming a minor with whom he resided and is charged with two counts of 2nd-degree voyeurism.

Allegations against Ryerson include that he filmed his roommate’s 5-year-old daughter without her knowledge and exposed himself to the child on one occasion while filming. Ryerson is 52 and unrelated to the young girl. His phone was seized by Vancouver Police.

Ryerson is often associated with the Patriot Prayer and COPS NW organizations–overlapping groups of far right activists with histories of inciting violence and ties to white nationalism in the Pacific Northwest. COPS NW members, some armed with handguns and rifles, repeatedly harassed and assaulted Black Lives Matter marches in Vancouver, Washington and Portland last year. Ryerson also claimed responsibility for stealing the “Nightmare Elk”–an art installation in front of the Justice Center in an area of downtown Portland that saw continuous protests over last summer. Ryerson also claimed to be a witness in the shooting of Jay Danielson by Michael Reinoehl.

News of Ryerson’s child abuse first came to light in a Twitter post by Proud Boy Robert Zerfing, who helps run “Common Sense Conservative”–a Pacific Northwest-based far-right propaganda outlet. Ryerson isn’t the only sex offender–alleged or otherwise–associated with Patriot Prayer, COPS NW, or the area’s far-right milieu. Common Sense Conservative for a time employed Matthew “Deme” Cooper, a highly belligerent member of Patriot Prayer who once admitted to assaulting a trans woman and plead down on two counts “forcible sodomy on a victim under 13.” Robert Lee West, a longtime Patriot Prayer hanger-on was convicted of “assault with intent to commit rape, sodomy or oral copulation.”

Ryerson’s bail was set at $50,000 with an Enhanced Level of Supervision as this was not his first encounter with law enforcement for approaching minors in a manner that caused concern.

Vancouver attorney Brandon Campbell was appointed to defend Ryerson as he cannot afford representation. Judge Emily Sheldrick issued a protective order requiring Ryerson to stay 1,000 feet from the young girl. The court noted that since he lived with the victim and her mother, the protective order requires him to move from the residence.

Ryerson’s next appearance was for his arraignment on April 16, 2021.