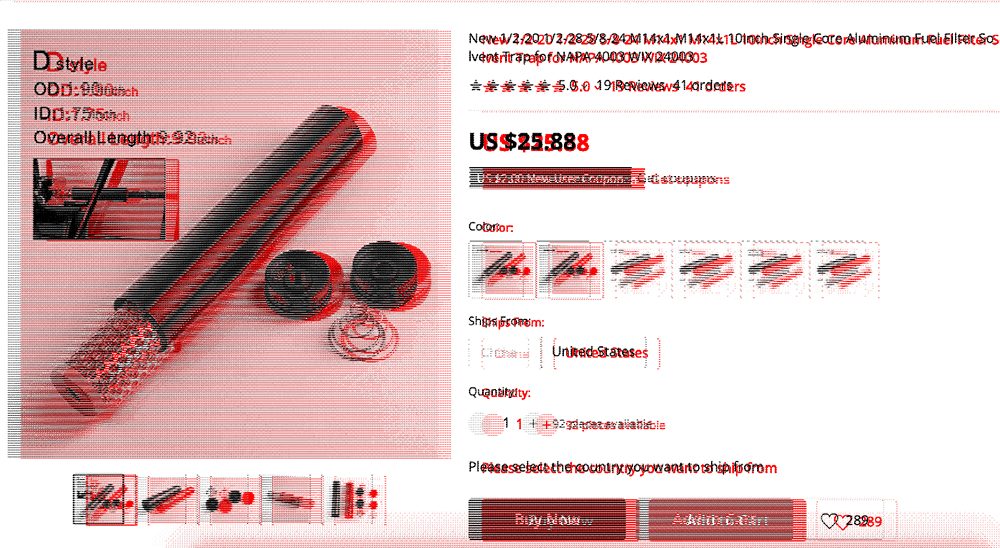 EDITOR'S NOTE : James Stout is a San Diego-based journalist. You can donate to him on cash app at $jamesstout and venmo at @james-stout-5.

If you enjoyed reading about Gray Zamudio last week, you’ll already know just how much white nationalists love making their own suppressors. Zamudio did it, his co-ideologue Griggers did it, and several members of The Base did it. Making a suppressor is actually fairly simple. I wrote about it on my Patreon if you would like to get into the dorky details, but essentially, kits masquerading as “Solvent traps” for cleaning guns are sold by retailers to consumers with a wink and a nudge. Once you have the kit, all you need is a drill press and you can turn it into a suppressor.

Brian Thibodeau wanted to make his own suppressor, but he made the pretty basic error of ordering a kit from Ali Express that had to pass through customs en route from China to his home in Imperial, California. This kit was picked up at an international mail facility and given its pretty obvious function, it raised some suspicions with a Department of Homeland Security Investigations team in his area. So, instead of having his regular mail carrier deliver the package to his home, a DHS agent did instead. At about 8:30 Am on March 26th, Thibodeau opened the door and identified himself in order to receive the package. A couple of hours later, Special Agents from DHS showed up to search Thibodeau’s home. They found an AR upper receiver, a lower parts kit, stock, buffer tube, springs, buffer and pistol grip as well as a lower receiver without a serial number. Turning these into a functional AR15 is pretty simple, and passes the threshold of “constructive intent”.

The unserialized lower might well be an 80% lower, the kind which can be purchased without a background check because it is “unfinished” but which can be quickly turned into a functional lower receiver with a drill press and a jig. Given that some solvent traps require drilling, he seems likely to have owned a drill press. It appears that ATF agents identified the package sent to Thibodeau as a suppressor, suggesting that it was either fully functional or perhaps labelled as such like some items on Ali Express are. According to Court documents “THIBODEAU admitted he knew people used them as suppressors/silencers but that was not his intention. THIBODEAU went in great detail how he researched the item on YouTube and web-forums all detailing the items uses and likely repercussions of purchase. THIBODEAU stated he purchased the suppressor/silencer for his AR-15 rifle and was planning on using the item while cleaning the rifle.” These kits are often discussed, and are not illegal unless the ATF can prove they are intended for use as a suppressor.

At one point during the interview, court documents state that “While SA Dellinger was speaking, THIBODEAU crossed his arms, sat up, and in a raised voice stated, SA Dellinger and TFO Martinez were “Federal Fucking Pigs, and this was a waste of time”. Despite this, the DHS agents released Thibodeau and advised him he was being charged with owning a suppressor, which is a crime in California.

But Thibodeau’s day was about to get worse.

While detained, and speaking without his lawyer, Thibodeau made an unprompted mention of a visit he had from the FBI about some of his online posting. Once the DHS agents got in touch with the FBI, they found out that the other feds were indeed interested to Thibodeau due to his links to White Nationalist groups. This gave probable cause for a more complete search of his home the same evening. It was during this search that agents found a copy of the Turner Diaries, a “Nazi Style” Totenkopf jacket, a neo-Nazi t shirt, a German helmet, and two notebooks with his Nazi musing according to AP reporting. They also reported that “several pipes were located, one with an end cap was discovered. The pipe was consistent with pipe utilized in the construction of destructive devices (Pipe bombs).” Authorities also found six cellphones, three desktop computers, a laptop and an iPad.

Thibodeau will wear a GPS ankle bracelet and was released to his mother. He has been charged with state and federal firearms charges. He is scheduled to appear in an online hearing on May 27th.