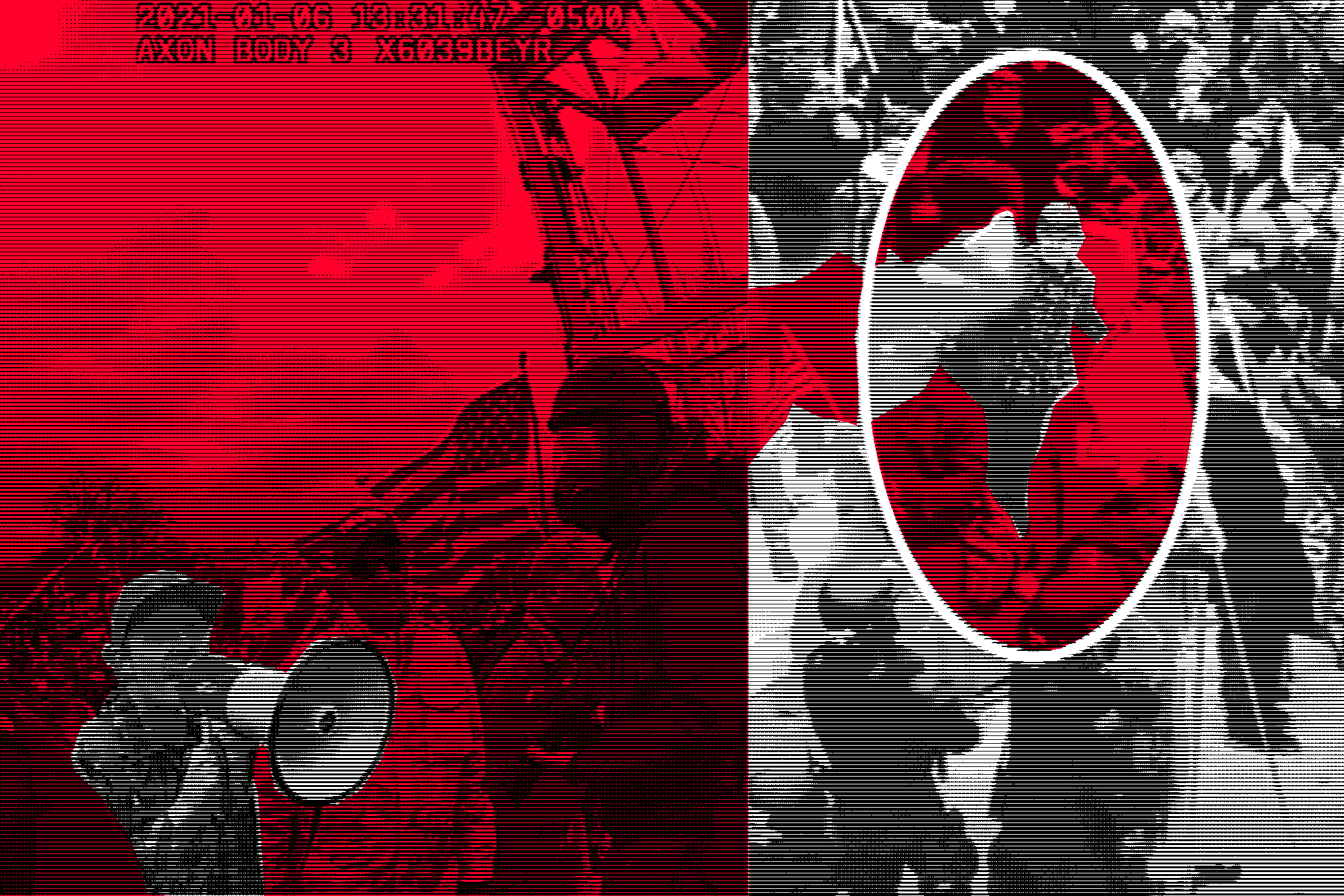 Sean Michael McHugh, 34, a Proud Boy from Auburn, California was charged this week in federal court for his role in the January 6th Capitol storming. He’s accused of “assault on law enforcement with a deadly or dangerous weapon; obstruction of justice; and physical violence on Capitol grounds, among other charges.” According to the charging documents, McHugh is on video pushing a sign into a line of Capitol Police and spraying them with “an unknown chemical” on the West Terrace.

“McHugh encourag[ed] the crowd with his megaphone to intimidate officers and approach the police line. For example…McHugh gestured to the crowd to advance on the police and yelled [non-verbatim transcript], “Come on! Let’s go!,” the charging document reads. Other video evidence shows McHugh, who wore an army green backpack, red flannel shirt and ballcap that day, “scuffling with an officer in an attempt to defeat a barricade.”

McHugh also shot police “with a yellow spray. Other footage captures the spray bottle, which McHugh holstered at his right hip.”

Investigators apparently confirmed McHugh traveled to the Capitol on January 5th through records handed over to them by the travel booking service Expedia. They also used surveillance video from the hotel he stayed at of a woman he was with at the Capitol. The footage shows her going into the same room as him at his hotel.

At the time of his arrest, McHugh was on probation for a 2018 DUI and “Driving with a Suspended License.”

But McHugh’s criminal record stretches past drunk driving. Gold Country Media reports that McHugh “was involved in two other court cases in 2006 in which he allegedly unlawfully took and drove a 2003 Nissan Maxima, unlawfully took and drove a 2005 Honda and received a stolen Nikon camera, felonies. Misdemeanor charges included petty theft of a Sony Cybershot Camera and possession of marijuana, according to court documents.”

But that wasn’t the most dire of his crimes. During the Capitol riot on January 6th, McHugh shouted “You guys like protecting pedophiles?” at officers over a megaphone. It may well have been projection. In 2010, McHugh McHugh was sentenced to 210 days in county jail in Roseville, California and four years of probation after he pled no contest to felony “Unlawful Sexual Intercourse with a Minor” and misdemeanor “Contributing to Delinquency of a Minor/Threat on a Minor.” The charges came after DNA tests from 2009 identified him, according to Gold Country Media. As part of his plea deal, charges of “Forcible Rape” and “Rape by Use of Drugs,” both felonies, were dropped.

McHugh was also a member of the Placer County for Trump Facebook group, where his girlfriend posted “I’m looking for a federal lawyer, or if anyone can help me with someone who was arrested for attending the rally at the Capitol Jan. 6th.” One member of the group suggested contacting Jay Sekulow–one of Trump’s lawyers.

McHugh, like many in the far-right, posted anti-mask and anti-vaccine conspiracy theories on his Facebook page along with an unremarkable adoration for Trump. Earlier this month on the 15th, he posted “Trump wasn’t politically correct, he was just correct!”

As of today there’s a new comment on it. It reads, “Enjoy your time in camp Fed!”