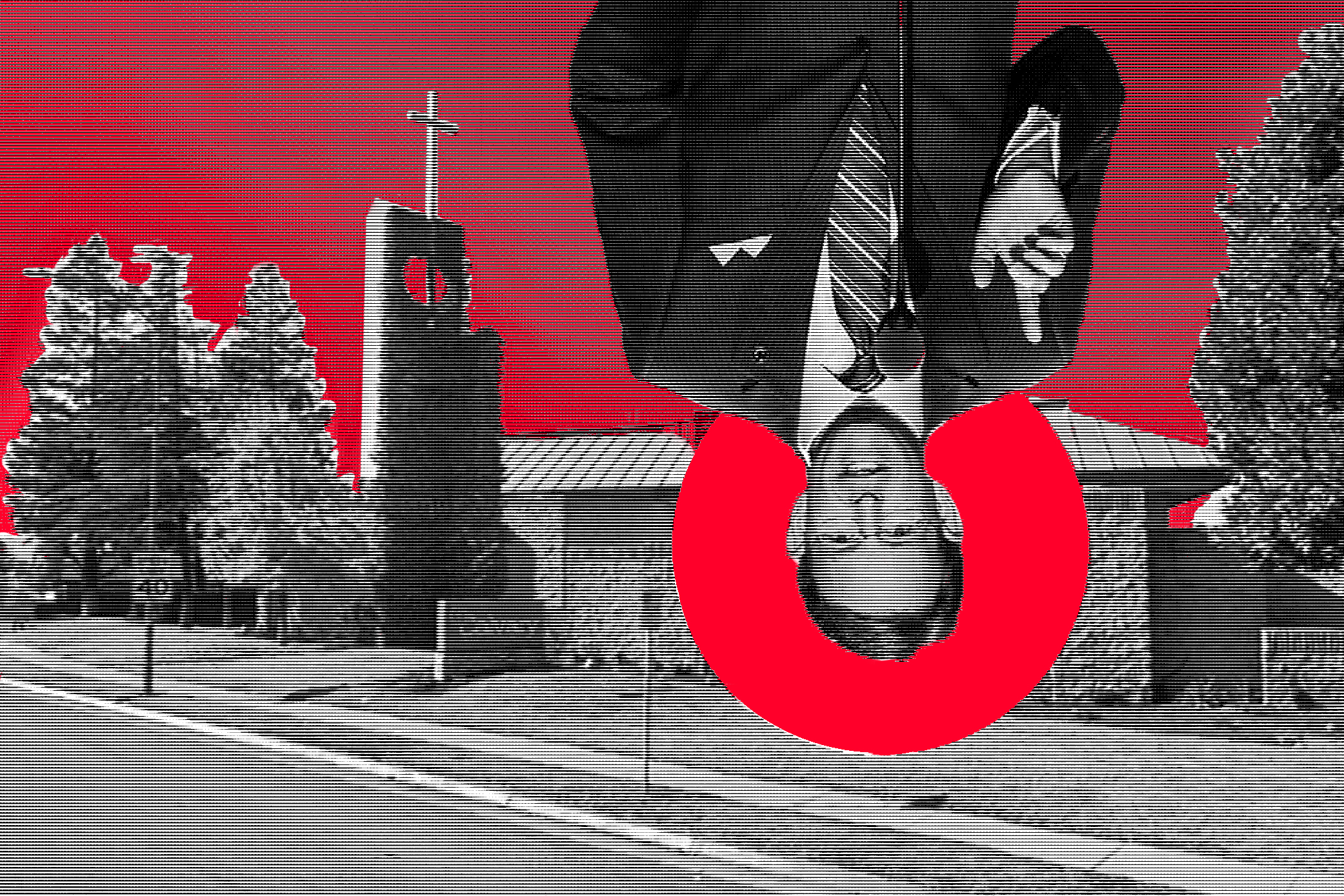 On Sunday Calvary Chapel San Jose is hosting Tony Perkins, head of the Christian Nationalist Family Research Council. The FRC is a Southern Poverty Law Center-designated hate group that, according to the SPLC, lobbies in Washington against LGBTQ+ rights and hate crime laws and conducts “outreach to pastors” in order to “transform the culture.” Perkins himself has a long history of making alliances with racists. He once paid KKK Grand Wizard David Duke $82,500 for his mailing list and spoke before the Council of Conservative Citizens, which the SPLC calls “the modern reincarnation of the White Citizens Council.”

Protest is NEXT Sunday! Please keep sharing and spreading the word!

In 2012, Perkins praised Uganda’s president for “leading his nation to repentance” while the country was debating a bill that sentenced people to death for having gay sex.

‘Calvary Chapel’-branded churches number more than 1800 around the world. Despite its hard-right activity, the brand has a much more liberal origin. The first Calvary Chapel was founded in 1965 by Chuck Smith, one of the leaders of the “Jesus People” movement that grew out of the larger hippie counterculture. Much of this was because of a young, charismatic, closeted gay pastor named Lonnie Frisbee, who died of AIDS in 1993. Calvary Chapel Watch says Frisbee “has been largely written out of Calvary Chapel history.”

The churches have a long history of hosting right wing extremists, some of which are in the same network as Perkins. Last summer they hosted likely war criminal General William G. Boykin (ret.) at Calvary Chapel Sonora—currently the Executive Vice President of the FRC. Calvary Chapels also hosted Turning Point USA’s Charlie Kirk, who I personally once saw scream “My family has been here for five generations!” at an indigenous girl. They also hosted fake historian David Barton, who tirelessly campaigns to make the U.S. a Christian theocracy and called AIDS punishment for homosexuality.

But the Calvary Chapel network’s sordid associations don’t stop at who they invite to speak. The brand has long been accused of abuse. Bob McCoy, founder of Calvary Chapel Fort Lauderdale, which the Miami New Times called “Florida’s biggest megachurch” was accused of grooming and raping a four-year-old girl. Pastor Brent Allan Wetly, who was associated with Calvary Chapel Boise, was arrested in 2019 on child sex abuse charges. Court records claim Wetly spent 20 years at Calvary Chapel, but the church issued a statement that he was never “in a ministry leadership position at the church.”

LCRW previously interviewed a former member of Calvary Chapel Sonora, who painted a picture of the church and its head pastor Miles McMahon’s obsession with ‘one world government’ conspiracies, policing the sexuality and gender of its followers and deep hatred towards nonwhite people–particularly black people and Muslims. The source recalls McMahon once saying “Every Muslim is a potential terrorist.” McMahon is also a member of a group on Facebook called “Caucasian History Month.”

Calvary Chapel San Jose is also involved in dubious activities involving children. The church runs a private school called Calvary Christian Academy. It lists Doug Wilson’s Recovering the Lost Tools of Learning in its recommending reading for parents. Wilson’s other famous book, co-authored with Steven Wilkins, is called Southern Slavery, As It Was. It’s a revisionist defense of slavery. On that evil practice, Wilson writes “There has never been a multiracial society which has existed with such mutual intimacy and harmony in the history of the world.” Again, he’s describing slavery in the United States.

The church in San Jose also recently gave time to an unhinged rant about white victimhood from Pastor Rick Brown. On the 23rd this month, Brown railed against “critical race theory”–a vague fake euphemism for teaching about racism that neo-Nazis pushed into mainstream conservatism. Brown called it “postmodernism–racism on steroids,” echoing the anti-Semitic cultural Marxism conspiracy theory his talking points originate from.

Brown went on to claim high school ethnic studies curriculum in California leaves students “indoctrinated with the Aztec gods” and “pray to pagan gods that receive animal sacrifices in their name.” He claims that under the “identity politics” regime he’s railing against, “if you are a heterosexual, white, Christian male, you are a bottom feeder” and “the people who are on the highest echelon” who “pick the strangest combination” of identities are “at the top of the food chain.”

“So here I am, I’m this white Christian male at the bottom of the food chain and–I’m gonna write a book. My face is gonna be on the cover and it’s like I’m the new Rosa Parks and they’ve told me to go to the back of the bus,” Brown told his congregation.

People in the audience laughed.

“And I’m like ‘I’m the new Rosa Parks and I’m not going to the back of the bus, thank you very much,” he continued in a mocking, nasally imitation of a black woman’s voice. He quickly added, “God bless Rosa Parks to bring about racial equality. Amen! That girl deserves the Nobel Peace Prize!”

Parks was 42 at the time of her famous act of protest.

Brown then went into a bizarre anecdote about a black and white member of the youth congregation, both named Micah. He said that to distinguish each other, they called each other “blackah” and “whickah.” He repeatedly claimed he is not racist.

These are far from the only scandals for the San Jose branch of the church, however. Head pastor Mike McClure was one of many religious extremists who brazenly ignored COVID restrictions and put his congregants at massive risk to the deadly pandemic. He was charged with contempt of court and racked up about $2,000,000 in fines. Despite this, McClure claims he has a cozy relationship with law enforcement.

“I had a lot of pastors in our area that were asking me,” McClure said in a discussion last September with Calvary Chapel Magazine’s Tom Price. “Did the sheriffs show up? Did the police show up? I said, um, no, the Mercury News showed up but um, oh, there was some police, but they were here for church. They weren’t here to arrest me. In fact, they thanked us here for opening.”

McClure also bragged about apparently having a close relationship with the District Attorney’s Office in San Jose.

“He (the DA) has gotten to know us. We’re almost on a first name basis. He calls me once a week, you know, in our office and says ‘Hey, you guys aren’t social distancing. You had these kids in this location. You’re gonna open your school now. You can’t do that. And then he’ll also say to me, he says now, ‘It doesn’t mean I agree with these rules. I actually agree with you but I have to give you these rules.”

“If that’s true–if he has close relationships with SJPD and the DA’s office, that to me is more concerning than when he says homophobic shit every Sunday to his cult followers,” Fox told LCRW.

LCRW is reaching out to SJPD and the Santa Clara District Attorney’s Office for comment.

All the while, federal records show McCLure took $340,400 in Paycheck Protection Program forgivable loans–part of the CARES act passed to compensate for the disruption COVID19 caused in peoples’ lives across the country.

“Operating under what pastor Chuck Smith termed the “Moses Model,” whereby a church is governed by one senior led pastor, Calvary Chapel pastors have almost entirely free reign to lead their church with virtually no oversight or consequences for toxic behavior,” Calvary Chapel Watch wrote on their website.

“There’s not one overarching body and they’re not as organized as other Christian denominations,” Fox said.

Essentially it’s a decentralized network. Fox says they often trade the same talking points and have the same agenda and speakers from the Family Research Council and other far-right groups schedule speaking tours in their churches.

Calvary Chapel Watch is organizing a counter-demonstration on Sunday. They plan to be outside of the church from 8AM to 1PM.

“Part of me sort of hesitated to organize this protest because they love it right? They want to be this sort of persecuted victim. But regardless of what you do their rhetoric is going to be bullshit and this is not really for them–it’s for the larger community to put pressure on and expose them,” Fox told LCRW.

“I mean,” she added, “how many hate groups can you host before it becomes too shameful to be associated with your church?”