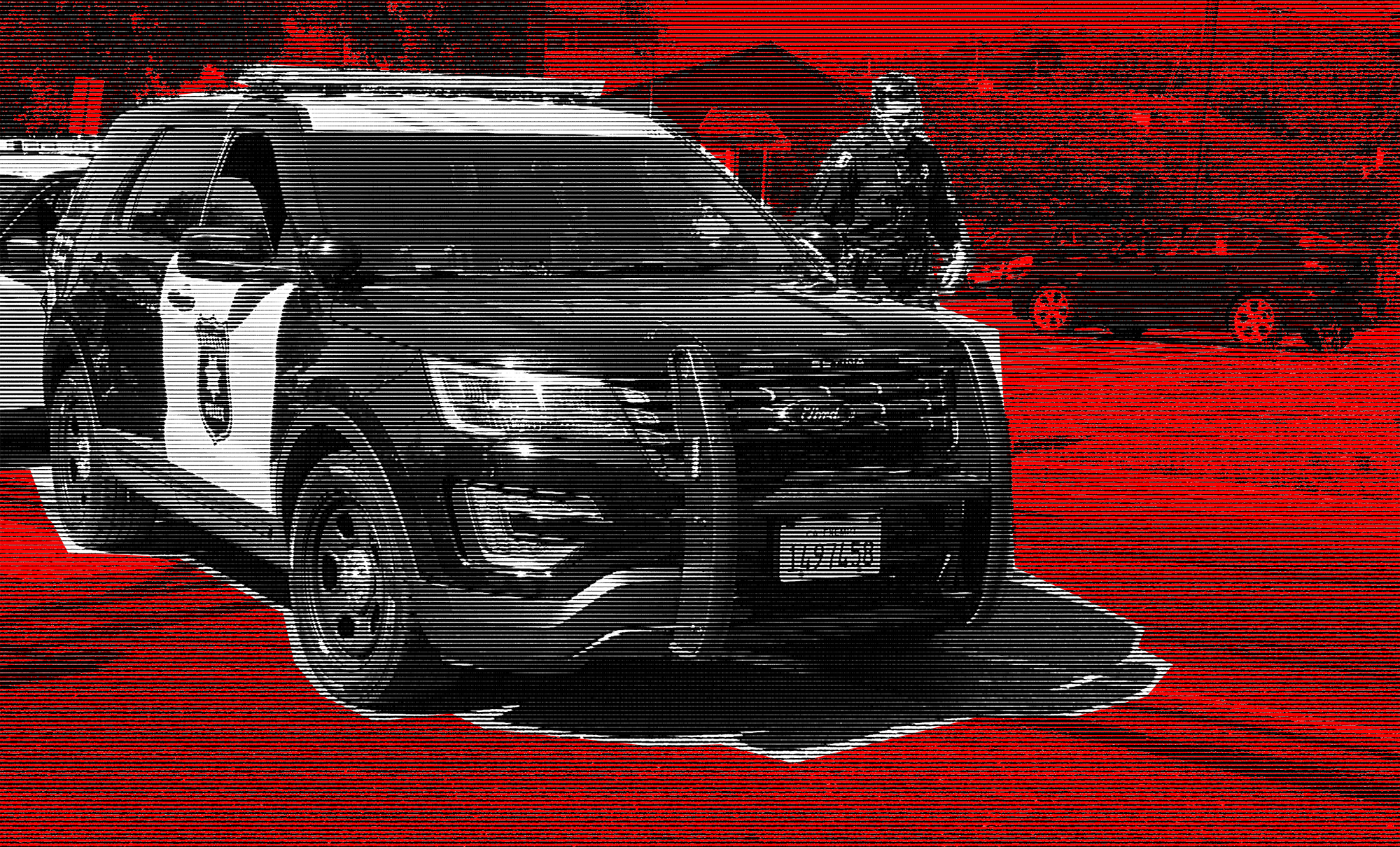 EDITOR'S NOTE : Peter Kay is an independent journalist working in the Bay Area covering politics, policing, and extremism. You can support their work by subscribing to their Substack (http://peterkay.substack.com) and sending tips to http://cash.me/$redbeardphotos or @youngredbeard on Venmo. Follow them on Twitter @PeterKayReports

On July 14, 2021, Officer Tyler Moore with the Berkeley PD hit a pedestrian in his SUV.

Berkeley PD hit a pedestrian about 30 minutes ago. not even going to an emergency call, just speeding around a turn. my partner went to administer first aid and the cops were extremely hostile. Officer T Moore, badge number 56, admitted to me directly he hit the woman in this SUV pic.twitter.com/62Hngn6Ebm

I happened to be driving down Sacramento Street, a main thoroughfare, when I noticed it was being blocked off by a patrol car. As we made the turn for the detour, my partner, an EMT, noticed that there was a woman laying face down in the left lane, with 3 officers standing over her. I pulled over and my partner ran to administer first aid while I parked. When I arrived on scene, she was kneeling over the woman, taking her pulse. She looked up and told me the woman was hit by a police officer, and Officer Moore confirmed he was responsible. Immediately, the mood shifted. As I spoke to Officer Moore to get his name and badge number, Officer Ruff, badge number 45, aggressively told him to stop talking to me. Officer White, badge number 50, approached me to move me out of the street and sarcastically said, “Can I help you with anything?” He initially refused to give me his badge number when I asked but I saw it and his last name on his shirt. I asked for the other officer’s name and badge number and Officer White walked away ignoring me. I called after him and he told me not to interrupt, even though the other officer was idle. Finally, he relented and gave me his name and badge number while my partner asked for a supervisor. We spoke to Sergeant Coats, who told Officer White to step away so I could explain the situation to her. We remained on scene until the victim was transported to Kaiser Permanente.

This accident occurred on Sacramento Street and Allston Way, which is a direct line from the police department’s parking lot. Patrol cars routinely speed down Allston Way and turn recklessly onto Sacramento Street, which is a main street for cars and pedestrians. A resident that came out to observe also told the officers they needed to stop driving recklessly and Officer White again reacted aggressively and asked the resident if he could help him with something. Several Twitter users who live in the area, as well as commenters on Nextdoor and Berkeleyside, corroborated the complaint that police officers drive without due regard down Sacramento Street. Juliet Lee, who lives in the area, told me, “Increasingly, I notice officers driving too fast, without sirens or emergency lights on, around this area.”

Another notable factor in this collision and the subsequent injury is the use of “bull bars” on the front of Berkeley PD SUVs. Front bumpers are specifically made with aluminum and other malleable steel to mitigate injuries in the event of a crash. Studies have shown that bull bars significantly alter the collision dynamics of vehicles, resulting in an increased risk of pedestrian injury and mortality in crashes.

The victim of the collision is a 54 year-old woman who wishes to remain anonymous, aside from disclosing that she works for the Berkeley Unified School District and has been a resident of Berkeley for over 20 years. I spoke with her in her home about the situation and she told me she was halfway across the crosswalk when all of a sudden, she was flying through the air. She landed on her buttocks and rolled onto her stomach, hitting her face against the concrete. She stayed face down until paramedics arrived. She has a broken leg, a severely bruised tailbone (“It’s the worst pain I’ve ever felt in my life”), swollen and bruised wrists, elbows, and forearms, and a 3 inch hematoma under her eye that causes her so much pain she can only eat a liquid diet for the time being. Thankfully, she was told she does not need surgery, but will likely need physical therapy and a 6 week recovery at minimum. Because she was supposed to return to work August 9th, she is also losing wages due to this injury.

CHP Oakland spoke to her in the hospital and informed her that Officer Moore claimed to only be going 10 mph. She vigorously disputed that claim, arguing that at that speed, she would not have flown 15 feet from where she was standing. CHP also claimed there were “no visible injuries”, despite very clear bruising, swelling, and deformity of the lower leg.

My partner had some serious issues with how the situation was handled. One such issue was the way the officers attempted to remove her from the scene once she had already made contact with the patient. Once a first responder begins rendering aid, they legally cannot abandon the patient until they are handed off to someone of an equal or higher station, in this case an EMT, paramedic, or higher. Police officers are trained Emergency Medical Responders, which puts them one level below EMTs in terms of responsibility. Additionally, because police officers are trained EMRs, they should have been rendering aid until paramedics arrived on scene. Instead, they let her lay face down in the street.

Officer Kyle White, who continued the escalation, and harassed and intimidated a first responder, made nearly $300,000 in 2019.

Complaints have been filed against all officers involved, and a public records request has been sent for their complaint history on the force.