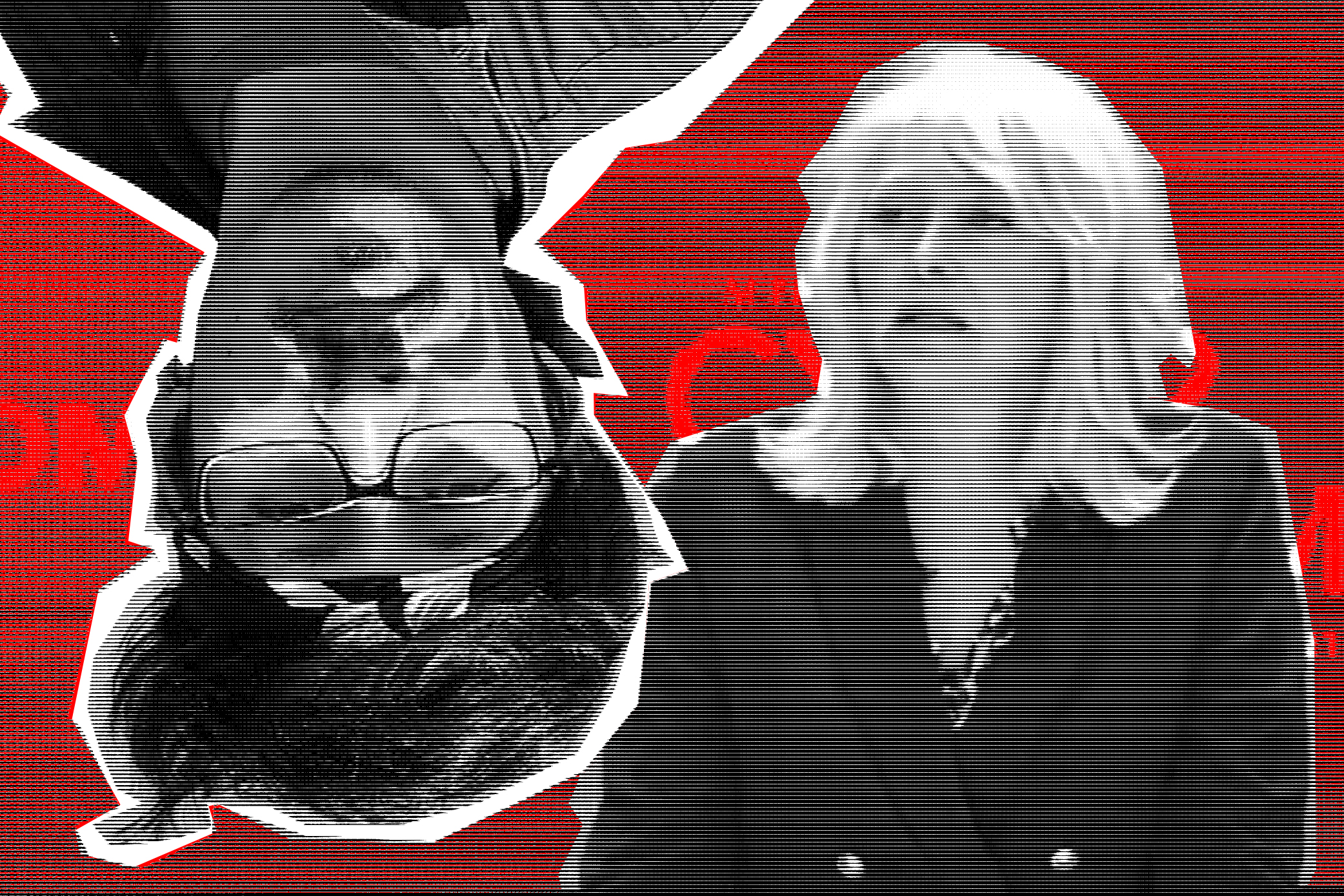 Mesa County Clerk Tina Peters went into a secure room with a currently unknown man who took photos and video of voting machine passwords. Peters then handed the information to conspiracy theory promoter and former 8Chan/8Kun operator Ron Watkins. Watkins used video of the machines to promote Trump’s claims the 2020 election was stolen from him. He claimed the video showed a “whistleblower” from Dominion Voting Systems talking to another Dominion employee talking about how to remotely access the machines. But audio analysis of the video appears to show it’s actually Watkins and Peters talking on camera, which would mean Watkins participated in the breach of the voting machines.

Peters has a history of pro-Trump and antivaxx conspiracy theory-mongering. She posted and deleted tweets last year echoing Trump’s claims the election was rigged against him and that she had insider knowledge about how to tamper with elections. She also ignored orders last week from the Colorado Secretary of State to turn in documents, surveillance footage and equipment for the criminal investigation against her, instead choosing to fly to South Dakota to speak at Mike Lindell’s “Cyber Symposium,” the pillow company CEO’s latest botched attempt to peddle phony evidence Trump was cheated out of a second term.

Investigators say Peters entered the secure voting machine storage room in May with two other people: an as-yet unnamed employee of her office and a man Peters called “Gerard Wood,” who took the photos and videos of the passwords. Peters took Wood into the secure room during a software update of the voting machines that only authorized Clerk’s Office employees were supposed to be present for. Peters later told the Colorado Secretary of State that Wood was an employee of her office, but he wasn’t. Woods’s real identity is currently unknown.

Watkins is most infamous as the administrator of 8kun and then 8chan, the anonymous message boards where the people behind QAnon made their failed prophetic statements about Hillary Clinton and thousands of others being arrested, tried and killed by the U.S. Military led by Trump and where three mass shooters posted their manifestos and one successfully broadcasted his murder spree. Watkins is also widely believed to be behind QAnon’s posts during the last two years. He has been helping Trump-linked election fraud grifters spread disinformation since last year under his own name.

Watkins posted the video from Peters’ breach on his Telegram channel on August 3rd with voices of those involved obscured, claiming it was from a “Dominion whistleblower” and that the video showed the machines can be remotely hacked. He hyped the video up well before its release, calling the “whistleblower” a “hero” and “patriot” and claimed “[he] had access to all the passwords” and “took pictures of what was locked behind those passwords.”

Photos of passwords to the voting machine systems Watkins posted on his Telegram were not redacted properly and led Colorado State investigators to identify the leak came from Mesa County. The contents of the voting systems’ hard drives were also copied some time between the 23rd and 26th that month, according to investigators, and later ended up with Watkins. While speaking via video conference at Lindell’s “Cyber Symposium,” Watkins got a call from his lawyer, Ty Clevenger, telling Watkins he had to stop showing the files on the big screen.

Ron Watkins was apparently informed by his lawyer that they could be in legal trouble and need to stop their live investigation. pic.twitter.com/PxaOKD24LY

“My lawyer just called me,” Watkins said. “He said I should put out this statement: I just learned that Conan James Hayes may have taken, without authorization, the actual hard drives from the Mesa County—or, the Mesa, Colorado County Clerk and he needs to produce those hard drives immediately and return them to the clerk, and we should stop this data review until he produces the hard drives.”

Conan Hayes is a lifestyle surfing brand millionaire turned election fraud conspiracy theory promoter. His initials, “cjh,” were indeed found on the metadata of the files in question and Ty Clevenger, Watkins’s lawyer, told Vice that Hayes did indeed provide the Mesa County data to Watkins, though he wouldn’t say if Hayes provided the video Watkins used or who “Gerard Wood” is. Peters is refusing to talk to the media on the matter.

But instead of Hayes, “Gerard Wood” may well have been Watkins himself. An anonymous source who claims to be an audio engineer sent LCRW audio and video files and an analysis of the source files. His analysis concludes that the people talking in Watkins’s “leaked” video are in fact Watkins himself and Peters with their voices pitch-shifted. The analysis itself, including methodology and source files used, is available for download and peer review via Mediafire here.

“My client is not Gerard Wood. He doesn’t have any comment beyond that,” Ty Clevenger, Watkins’s lawyer, said in a statement to LCRW.

Clevenger wrote a day later to LCRW, claiming that he misread LCRW’s email.

“I thought you were suggesting that my client was communicating with Ms. Peters remotely,” Clevenger wrote. He claimed that Watkins could not have been present with Peters physically and he could provide proof of an alibi. LCRW asked to review the proof.

“With respect to proof, my client lives in Japan, and that’s a matter of public record. Obviously he did not attend Lindell’s event in person,” Clevenger replied.

Will Smith, an independent mastering engineer trained at Grammy Award-winning studio Masterdisk, who’s previously worked with the likes of Orville Peck and Shabazz Palaces, analyzed the audio for LCRW in order to assess the anonymous source’s findings. The anonymous source analyzed the audio through the free open-source audio editing program Audacity, which Smith said “has very crude pitch algorithms” and therefore isn’t ideal for this kind of analysis. Smith used Izotope RX7 Editor instead for his own analysis.

“The samples from the video are very low quality, typical of this type of dubious conspiracy content, which makes it difficult to do direct spectral comparisons between these samples. However, the spectra of the pitch shifted POI-2 (supposedly Watkins masquerading as a Dominion employee) and the pitch shifted control sample of Watkins are virtually identical over 300hz. The lower octaves are basically not present in the samples from the video,” Smith said.

“I compared the spectra of the audio from the video shifted upward to 127% of normal with the control samples of both Watkins and Peters, and they are virtually identical. The harmonic content of Peters' voice is more clearly identifiable both to the ears and visually through spectral analysis tools,” Smith said about his findings.

“I can confirm the conclusions of your engineer. Watkins is harder to identify but it appears to be the same person to my ears and visually in my analysis software,” Smith concluded.

“They are…bad producers,” Smith remarked. “There are so many ways to anonymize voices better than this.”

Tina Peters is currently facing investigation by the FBI for the breach.