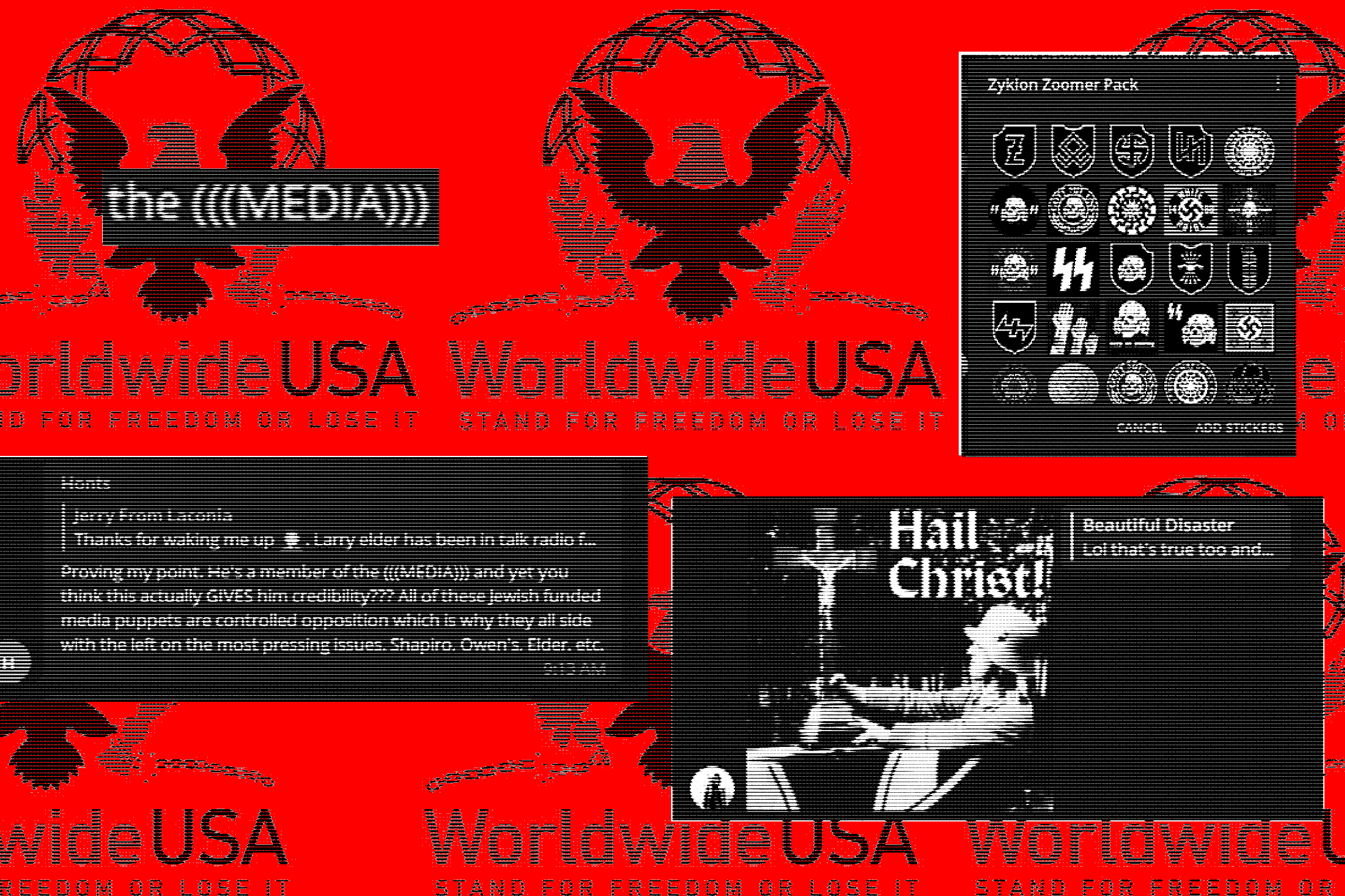 The Worldwide California group has descended into chaos as supporters of different GOP gubernatorial candidates fight with each other, fascists spam racial abuse and Nazi imagery, and regional subgroups shut down with no warning or reason given.

Since last May, a group named ‘Worldwide’ have organized rallies across the USA to demonstrate against public health efforts to contain coronavirus. The group, which organizes on Telegram, describes itself as ‘Freedom fighters who decided to build a streamlined system for American citizens to easily connect with one another in an effort to battle tyrannical power overreach.’ In reality, the group is just the latest platform for QAnon, anti-vaccination conspiracy theorists, and self-styled ‘patriots’ to bridge the gap between the Republican party and openly fascist groups.

Since their founding, ‘Worldwide’ organizers have held rallies in multiple US states every few weeks, seeking to build momentum toward an international event scheduled for September 18. On that date, organizers assert there will be massive demonstrations for ‘freedom’ in cities around the world and in the USA in particular. One demonstration, in Washington DC, is likely to overlap with a rally in support of January 6 prisoners organized by Matt Braynard, a former Trump campaign official.

Next Sunday, August 29, was supposed to see two ‘Freedom rallies’ in southern California, and ‘headline’ events on San Francisco’s iconic Golden Gate Bridge followed by another hours later on a well-known pedestrian bridge that spans the 580 freeway in Berkeley. Both spots are popular locations for political demonstrations, with their dramatic visual impact assuring local TV and print media coverage.

Until earlier this week, momentum and enthusiasm seemed strong: the national group had approximately 5,500 Telegram subscribers while the California group had over 1,500. That changed suddenly last Thursday evening.

Seemingly without warning, all links to the Worldwide California group - as well as several smaller regional groups - have been removed. So was any text referring to the group or its events, and over 1000 members were removed from the national chat. Visitors to the group were instead directed to join a new ‘CA Sonora’ local group containing only 17 members. Although the ‘Worldwide California’ group at first appeared to have vanished without a trace, it is still accessible with a direct link and LCRW has archived it in full.

Perhaps the lack of awareness is because the Worldwide California group has descended into toxic infighting in recent days. Supporters of different Republican candidates to replace California Governor Gavin Newsom argue furiously with each other (including group administrators), while fascist trolls stir up racial hatred and post obvious Nazi stickers. Perhaps this is why the administrators of the national ‘WorldwideUSA’ channel not only disconnected the group and left the members to their own devices, but purged over 1000 members from the national group.

Meanwhile the organizer of the only California group still connected to the national network – a small regional group centered on Sonora – has stated that they are not doing any events on August 29 and are instead focused on September 18. The same organizer has told her Facebook followers she is being harassed by people who have sold their souls whose bodies are now inhabited by demons, so LCRW is uncertain about the reliability of her organizing predictions.

It’s unclear who the organizers of ‘Worldwide’ are at the national level. Their main Telegram ‘Worldwide USA’ channel is strictly curated, containing only promotional material, lists of state and local groups, and schedules for upcoming events. No conversation takes place in this group; new members are welcomed by a bot and directed to join an individual state group, as well as being and warned that if they attempt to join more than one they will be treated as spammers and removed.

The strict administrator of the national channel is one ‘Harry1984’ who also curates many of the regional ‘Worldwide’ groups, but rarely interacts with any of the members. In addition, ‘Harry’ promotes a channel that purports to ‘share facts’ but is actually a front for a huge (>25 gigabytes) file store of propaganda material opposing COVID-19 public health efforts and promoting conspiracy theories about everything from ‘elite aristocratic bloodlines’ to allegations that the 2020 election was stolen and that the world is run by a secret cabal of pedophiles, which will be tediously familiar to observers of Qanon.

For now, the Worldwide movement in California may be in disarray, cut off from the national organization, and it looks as if next weekend’s scheduled rallies may not take place at all. But it would be a mistake to write them off. QAnon and ‘patriot’ organizations have demonstrated a seemingly bottomless capacity to rebrand and reinvent themselves, belief in their dystopian vision consistently overcoming their organizational dysfunction. Their current shambles gives antifascists a breathing space – but they’ll be back, and soon.