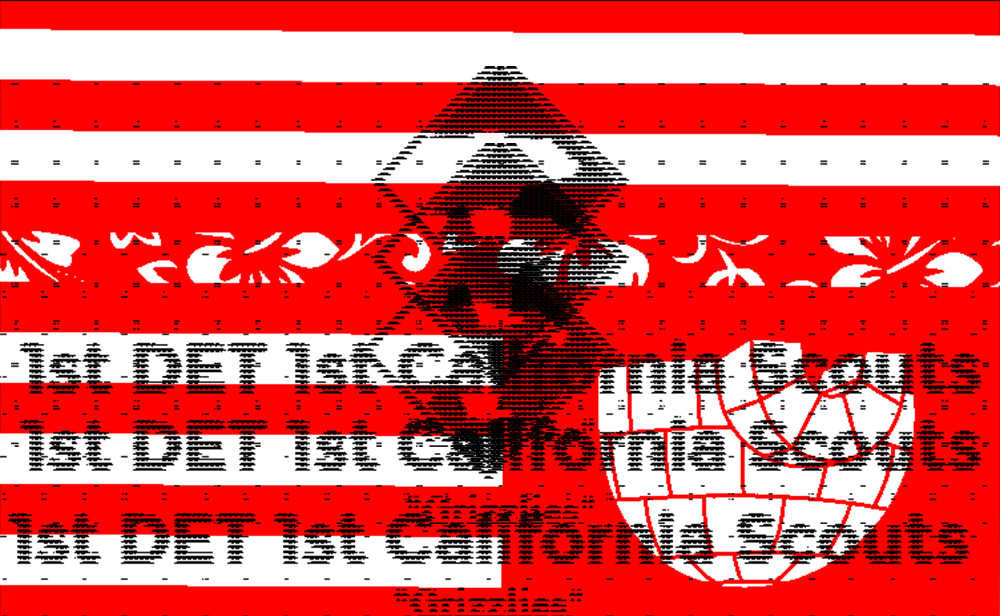 The FBI arrested another member of the Boogaloo movement in California on Wednesday–this time, for involvement in child pornography. Robert Jesus Blancas, described as ‘a transient resident of the Bay Area’ was arrested on December 1st and arraigned in San Francisco. If convicted, he faces the possibility of life in prison.

The FBI’s interest in Blancas arose from their investigation of Steven Carrillo, accused of murdering a security guard at the Federal building in Oakland, California on May 29th of this year. Both Carrillo and Blancas, they allege, were part of an anti-government militia known as the ‘Grizzly Scouts.’ Following that lead, the FBI executed multiple search warrants against Blancas in early August, discovering weapons, tactical gear, and information about militia attacks on law enforcement. However, no charges have been brought against Blancas in relation to his militia activity–so far.

As far back as 2015, investigators allege, Blancas had regularly exchanged sexually explicit texts, pictures, and video with at least three girls aged between 13 and 16. Last spring, they say, he made contact with another girl on a social media service; over the following months Blancas exchanged thousands of text messages with her and repeatedly instructed her to make pornographic videos for him. Upon discovering this material, the FBI set about identifying the girl, eventually discovering that she lived in a different state and was only 15 years old. They argue Blancas knew of her young age because she shared information about her parents, school work, and report cards with him. Blancas allegedly boasted about his activities online and claimed to have a second ‘girlfriend’ in the same state.

Blancas has been charged with enticement of a minor to engage in sexual activity, a charge which carries a minimum sentence of 10 years and a maximum sentence of life in prison. Further charges may be brought later. The case was still under seal when Blancas was arrested on Tuesday. On Wednesday, the Department of Justice released the criminal complaint, the contents of which are extremely graphic and likely to distress many readers.

No details were released about the alleged discussions between Blancas and his fellow militia members about child pornography. Many users in public and private Boogaloo groups express hatred for pedophiles and share gruesome fantasies about executing them. For now, we have no way of knowing what interest the ‘Grizzly Scouts’ had in the subject.

The charges did, however, provide some insight into the shadowy world of Boogaloo militias - a topic to which LCRW now returns with relief. When they executed their search warrants, the FBI found Blancas to own two assault rifles, a pistol, body armor, and other tactical gear. They also found ‘materials concerning the ‘Grizzly Scouts’ - which could be anything from printed manuals to morale patches - and electronic communication records about acts of violence against law enforcement. That broad description could cover everything from anti-cop memes, to planning materials, to discussions about the aftermath of the attack on the Oakland federal building. For now, the FBI is not saying what.

‘Grizzly Scouts’ was an informal nickname for the ‘1st Detachment 1st California Scouts.’ As recently as November 19, they had an active page on MyMilitia.com, which bills itself as ‘An American Patriot Network’ and offers a full suite of social media and blogging services for a mainly right-wing clientele. The listing for that unit has since been deleted. The ‘Grizzlies’ was a closed militia that described itself thus: “a Constitutional, unorganized, well-regulated militia that operates primarily out of the Central Valley of California. We have an affinity for Hawaiian shirts and believe racism is not cash money. We communicate on e2e [end-to-end encrytpted] apps an [sic] ask that you have whatsapp downloaded to speak with a recruiter.”

It’s unclear what unit numbering scheme the ‘Grizzlies’ adhered to, or whether – like many militias - they set out to establish their own. ‘1st Detachment’ brings to mind the high-status ‘Select Weapons, Ordinance and Reconnaissance Detachment’ designation employed by the popular ‘Light Foot’ configuration, which has adherents in many states. If so, they may have employed patches like this one:

The militia’s location was listed as ‘California, 95380’- Turlock County, just south of Modesto - and the MyMilitia page was set up by one “Boojer Brö” who joined the website in April but hasn’t visited since May. As of November, the site suggested the militia has only one member.

But Sheriff Jim Hart of Santa Cruz County tells a different story. Following the homicide in Oakland, Steven Carrillo apparently abandoned the van used in the attack, along with arms, ammunition, bomb-making materials, and a plate carrier with Boogaloo patches. Deputies discovered the van and traced it back to Carrillos home; when they arrived there to investigate further, he is alleged to have killed one and seriously injured another before fleeing the scene, though he was captured soon after.

In an interview with a professional law enforcement journal, Hart referred to the Grizzly Scouts and described them as ‘Carrillo’s group,’ stating that they “had a very structured organization with about 27 people. They had commanders, sergeant majors, and line staff, and they ranked each person based on their skill-set – whether they have military training, advanced military training, EMT training, and SWAT training. People are rated based on their level of experience.”

He added further “They also train as a group frequently, including firearms, tactics, and survival training. They have go bags, and are required to carry at least two rifles and a pistol, as well as plate carriers, vests, holsters, ammunition, and some survival gear.”

That lines up with the materials FBI agents say they found when they served the search warrant on Blancas. Then again, lots of gun enthusiasts might own two rifles and a pistol, and these days its not so unusual to to own a plate carrier or other tactical gear. But the FBI complaint contained another intriguing detail: Blancas used the online pseudonyms ‘Orgotloth’ and ‘MuskOx.’

Though ‘MuskOx’ didnt reveal any useful leads, the unusual ‘Orgotloth’ certainly did. LCRW can reveal that ‘Orgotloth’ had an account on the notorious ‘Citizens Liberty Organization’ Discord server, and posted several messages on June 4th 2020 about the arrest of Oklahoma Marine and Boogaloo advocate Christopher Ledbetter - although these messages just seem to indicate that ‘Orgotloth’ was following the same news as everyone else.

But on June 20th, just 3 weeks after the Oakland homicide, a Wikipedia user left 5 comments on the Talk page for the article 2020 Boogaloo Killings signed ‘Orgotloth.’ Among those comments, LCRW discovered the following remarkable testament:

“I will say this. I met Carrillo personally a few times, I talked to him quite often. His goals were not boogaloo related, they were directly related to the actions of the police that killed George Floyd. He snapped when that happened, it still messes with me that I had no idea what he was up to.”

The user went on to argue against Carrillo’s actions being ascribed to the Boogaloo movement. It’s possible that this is just defensive PR of a sort we know was recommended by CLO. But according to the indictments of Steven Carrillo and Robert Justus, his alleged collaborator, Carrillo established a relationship with Justus via Facebook on May 28th and they met for the first time the following day when they drove to Oakland to commit murder.

Did Carrillo solicit the help of his ‘Grizzly Scouts’ to launch attacks on the police, only to be turned down by his fellow militia men? If so, it’s remarkable that he found a new accomplice willing to help on only one day’s acquaintance. As for Robert Blancas, if these allegations are true he seems to have split his time online between supporting the Boogaloo movement and abusing teenage girls. He is currently jailed in San Francisco and a trial date has yet to be set.

In the meantime, the 25 other members of the Grizzly Scouts are still out there. How they met, what they planned, and how well they really knew each other remains to be seen.