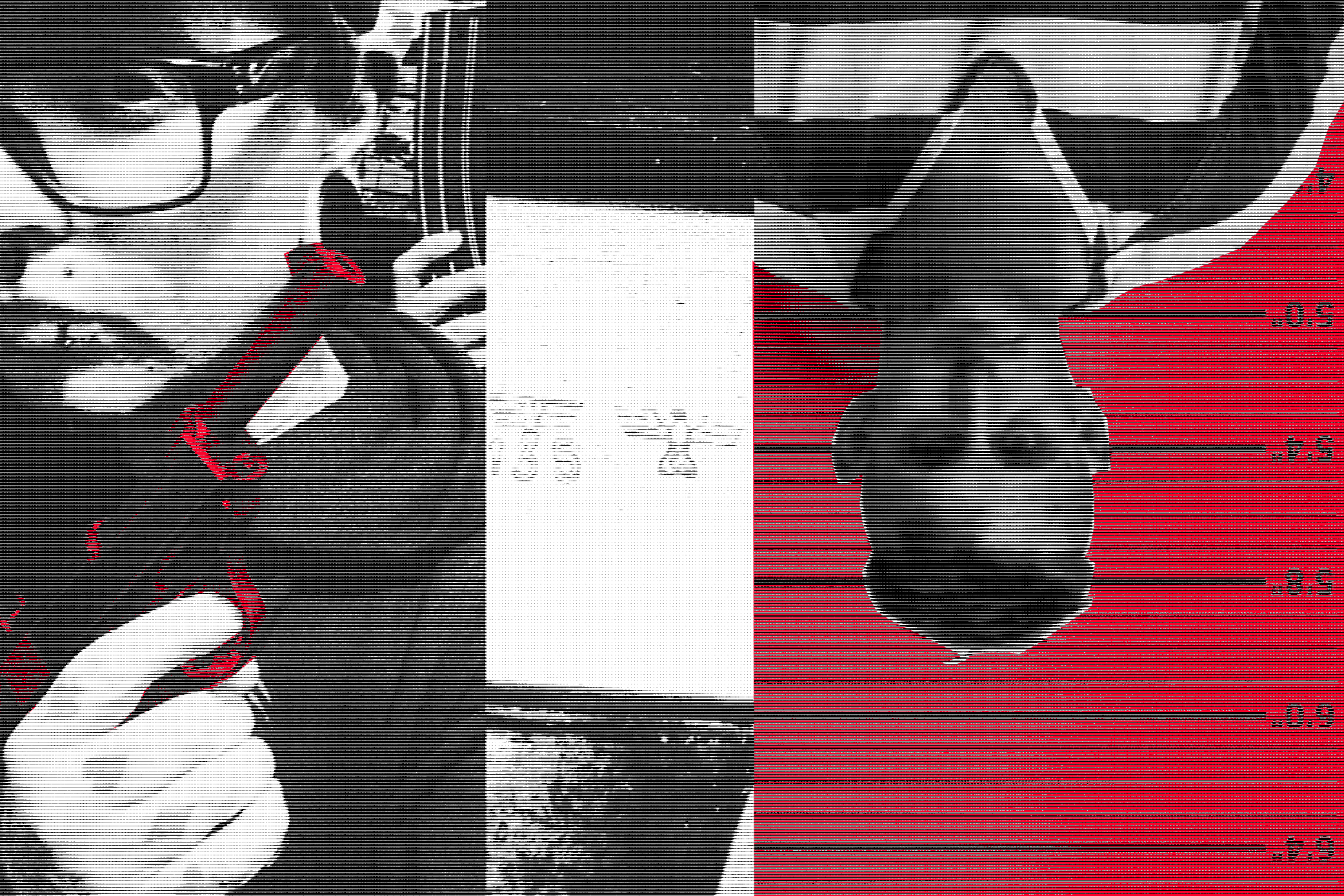 As of May 26th, there were at least 232 mass shootings in the United States this year. On May 27th, Coleman Thomas Blevins, age 28, told an online message board he’d go to a Walmart and commit yet another. Kerr County Sherriff’s Office in Texas arrested him last Friday “on a warrant for a Terroristic Threat to Create Public Fear of Serious Bodily Injury.”

Blevins is on active felony probation and can’t possess guns. He was booked into Kerr County Jail with a $250,000 bond. Officers raided his home and found at least one handgun and one rifle–which he wasn’t supposed to own because of a previous felony.

“The plot interrupted in this case is unthinkable,” Sheriff Larry Leitha said in a press release.

But the plot was very thinkable. Blevins was immersed in a network of people who think up plots like this all the time. They’re called ‘accelerationists’—those who want to commit acts of mass violence and irregular warfare with the goal of bringing down society so they can carve their own out of its ashes.

Blevins, like many mass shooters, foiled or otherwise, was ideologically motivated. Sheriffs seized “firearms, ammunition, electronic evidence, concentrated THC, and radical ideology paraphernalia, including books, flags, and handwritten documents” from his house. Among the evidence was a modified Reichskreig flag with a Nazi sonnenrad symbol in the middle, a Confederate battle flag, the flag of Saudi Arabia, and a flag of the Falangists–Spain’s fascists. Sherriffs also found the Quran, eco-fascist Mike Mahoney’s novel Harassment Architecture, Italian fascist ideologue Julius Evola’s Revolt Against the Modern World, and neoNazi-insurgency-manual-disguised-as-race-war-fantasy-novel The Turner Diaries.

I mean let's be real, the Kerrville Nazi who was going to do a mass shooting at a Walmart was planning a copycat of the Christchurch/Poway/El Paso/Oslo format inspired by Breivik. But he also runs a fascist "support group"... this is going to be a weird rabbit hole. /1 pic.twitter.com/jjxUM53jxn

“I mean let’s be real, the Kerrville Nazi who was going to do a mass shooting at a Walmart was planning a copycat of the Christchurch/Poway/El Paso/Oslo format inspired by Breivik,” extremism researcher Alexander Reid Ross said on Twitter. The El Paso shooter murdered 23 people in a WalMart in 2019.

Blevins called himself a “Clerical Fascist” and tried to inculcate a belief system based on Christian Identity–a white supremacist religious movement that claims Jews are the spawn of Satan and the white race are the true descendants of Israel. He claimed online that his father, Barry Vincent Blevins of Alpine, Texas, shared his beliefs.

You might be asking yourself why a Christian supremacist had the Quran, which LCRW shouldn’t have to point out isn’t extreme in an extremist text. Also, why the flag of Saudi Arabia? Among the channels Blevins was involved with on the Telegram social media app was “Jihadwaffen/Muslimwaffen”–a cesspool where Nazis got together to look at brutal regimes in the Muslim world and say “gee, I wish we could do that here.”

Jihadwaffen wasn’t even the most notable Telegram channel Blevins was involved with. Court records didn’t name the channels/networks he managed, but the main one is called “Injekt Division.” Injekt styled itself along the aesthetics of “terrorgram”–the neoNazi accelerationist corners of the Telegram app. In the photo of the material officers found in his apartment, a t-shirt with Injekt Division’s needle-in-an-SS-shield logo stood out.

Blevins ran Injekt as a record label and sort of accelerationist 12-step program to kick addictions. He alleged all members of Injekt Division had previous substance abuse issues. Blevins himself was arrested for manufacturing and delivery of a controlled substance in Alpine, Texas in 2015 and arrested again for possession of a controlled substance while out on bail. His strategy with Injekt was to find vulnerable people and tell them the only cure for their substance abuse was accelerationism. They encouraged followers to “fedpost”–talk online about doing the kinds of things the FBI usually arrests people for. Nazis in other spaces thought he was a federal informant or plant, partially because he kept posting new member photos of everyone in the group. Blevins and his cohort also constantly encouraged people to watch videos of gore and rape to desensitize followers to violence. Their techniques were derived from James Mason’s Siege as well as Mason’s hero, Charles Manson, who lead a white supremacist cult and directed brainwashed people to kill for him. Most of the people Blevins targeted were young–teenagers and people not much older.

“Good morning. I don’t have a gun. I’m grooming you for terrorism. This is a suicide cult because I hate most of my friends, but for the ones I like this a doomsday cult. Allahu Akbar. I once shot up a banana because I had a potassium deficiency. I hate love and I love hate. I don’t have a gun . Goodmorning. [sic]” Blevins wrote in his last post before his arrest.

The Injekt Division channel was created February 1st this year. Blevins is far from the only member of the group. The network had 240 followers and about 12-15 core members, called “shieldholders.” Police found a shirt in Blevins’s home with the logo of National Revival Movement, another neoNazi project he participated in. The networks of chats Blevins and his cohort drifted between included the aforementioned National Revival Movement and JihadWaffen, Cult 1488, National Partisan Movement and Angelwaffen crew. There was an average of 200 members in the whole network. Blevins himself was part of the National Revival Movement’s “Dixie Cell”–though the group might not have been very large. Blevins called the National Partisan Movement, a youth-led international neoNazi group who have known members as young as 14 their “greatest ally.”

Injekt has an inner circle headed by two members called the “ShockWaffen Twins.” Photographs on their channel show Blevins was one of the “twins” while another remains unidentified. Another member named “Remco” was also recently arrested, though they haven’t been identified as of this writing. Blevins made frequent references to something called “Operation ‘Sink the Boat’” that he and other “inner circle” members, possibly including Remco, carried out, though it’s not clear what they actually did.

But the most notable member is Bay Area resident Nicholas Hazen Welker, age 30, identified this week by antifascists at Bay 161. Welker went by “King of Wrath” online, except spelled in edgelord as ‘King ov VVrath.”

“Shout out to our networking guy, @King_ov_Wrath welcome aboard. You’ve been instrumental in getting this and several other projects off the ground. Appreciate your work,” Blevins wrote on Injekt’s channel February 6th.

“Secondary shoutout to our networking official Wrath. He’s got his grimy little fingers into extremism all over the internet. Without those leprosy ridden fingas, InJekt Division would not exist in any capacity today. Catch him at the next f****t EDM festival. We’ll be working the ‘fog machine’ if you catch my drift. Our stage name is gonna be Zyklon Bizzle88 uWu (sic),” Blevins wrote on February 19th. Slurs were partially redacted by LCRW.

If you didn’t catch it, he was joking about gassing people at an electronic music show to death.

Welker is a highly valued member because he brings in connections from other corners of the Nazi internet: National Socialist Black Metal and other Nazi music and possibly ties to white supremacist prison gangs.

Welker has a long history in the local grindcore and metal scene and is in Pornogrind/GoreNoise band called SxSxOxTxCxPxBxAxOx. The name’s an acronym for something obscene involving an Orangutan and dead bodies. It’s fitting for the ‘Pornogrind’ genre which, like Injekt Division, thrives on desensitizing its viewers to gore and violence. The other member of Welker’s band, “Ivar,” is in Sweden. They’ve recorded together since 2017 with Wekler on vocals and Ivar on everything else. They’re signed to Gore Infested Record Label. Welker wears shirts from Nazi black metal band like Burzum and Marduk in a lot of his social media.

“Just because someone wears a siege mask and a swastika does it mean they have any rightful place in the movement. The constituency of Nazi Hogwarts (things like O9A and TOB) are traitors. They deify degeneracy, they worship rape and fecal matter. It’s a psyop used to discredit those of us who truly carry on the torch of Western Civilization,” Blevins wrote on March 4th.

O9A adherents are instructed to infiltrate other neoNazi extremist networks and hijack them. It’s unclear whether Blevins was aware of this and didn’t care or he saw recruiting Welker as a sort of ‘deal with the devil’ to recruit new members.

As the Bay161 article reports, “Welker shared an meme depicting bestiality and captioned it “Korb’s splinter group,” suggesting his O9A infiltration was causing friction within the group.”

It’s unclear whether Welker himself networked with them or not, but Injekt Division received new allies in the wake of Blevins and “Remco’s” arrests. Fuerkreig Division, a prominent accelerationist terror network which is lead by a thirteen year old in Estonia, started posting propaganda and raising money for their legal defense. It appears they only managed to raise about $100 for Blevins.

Welker is certainly a dangerous and violent individual. He regularly posts images of gore and violence, accelerationist propaganda, and posed with a new edition of James Mason’s Siege with terrorgram-style imagery on the front. Photos on his social media show him posing in front of a white wall with “5150”—a legal code for an involuntary commitment to a psychiatric institution written in what appears to be blood. He posted another photo while committed bragging he’d menaced other patients. It’s unclear whether before or after, but around this time, it appears he was staying at a halfway house in San Jose called Julian Street Inn. Court records show he has a family violence complaint, a domestic violence prevention order and an active felony case, all from 2013 as well as a series of fines and misdemeanors in the following years. Tattoos and hashtags he’s posted on social media indicate an association with white supremacist prison gangs like the Peckerwoods and the Aryan Brotherhood.

Despite his criminal history, Welker appears to own a firearm. In his words, it’s a “Nazi Walther P38. Originally owned by a German Officer with the last name of Brakhag.”